A bright smile is a reflection of good oral hygiene. However, a large number of people relegate the latter to the background, until the day when, unfortunately, it becomes too late to remedy it. Indeed, multiple factors act on your teeth by tarnishing their color or by causing the appearance of spots that condemn you to hide your smile, once brilliant. Don’t panic, know that there is still time to remedy this problem by using these 7 natural tips to whiten your teeth!

Poor oral hygiene affects your smile in so many ways. Some dark foods or liquids, such as coffee or tea, cause small stains to appear on your teeth the same way they would on your clothes. Indeed, the latter causes a gradual discoloration when consumed daily. Add in unhealthy habits such as alcohol or tobacco and you end up with yellowed teeth that are increasingly difficult to show.

For this purpose, some tips to do at home can be very useful. Natural and very simple, they will be your allies against dental stains and enamel discoloration. Be careful, these do not replace regular brushing of teeth and their use is not recommended as a substitute for visits to the dentist! 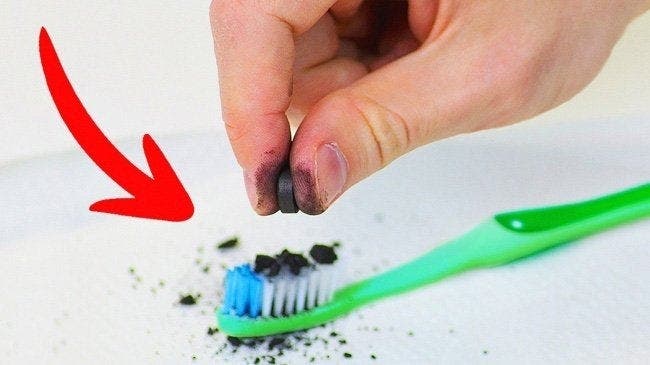 Expert dentist and author of the bestselling  The Dental Diet,  Dr. Steven Lin is interested in the effectiveness of activated charcoal, which is so talked about. In addition to the many benefits of this ingredient on health, it would have demonstrated very interesting effectiveness in the teeth. According to Dr. Lin, it is its absorbent capacity that would reduce dental plaque and any other component responsible for the appearance of spots.

A popular ingredient in oral hygiene,  baking soda is, according to a  study published by  The Journal of Clinical Dentistry, a key element in achieving whiter teeth in a shorter period of time. Its abrasive effect being weaker than the components of toothpaste, its use would be preferable to remove dental stains. Use once per week maximum to avoid damaging tooth enamel.

According to  Dr. Oz , lemon juice is effective as a natural remedy for teeth whitening, provided it is used in very small doses. This beneficial fruit but nevertheless very abrasive for tooth enamel must be diluted with water before being applied. Do not leave it for more than a minute at the risk of turning its positive action into a dental problem.

A natural alternative to mouthwash,  coconut oil is said to have shown a powerful action on the bacteria responsible for dental plaque. According to a  study published by  The Journal of Contemporary Dental Practice, an experiment carried out on two groups of children to compare the effects of these two ingredients would have concluded that the antibacterial action of coconut oil would be just as effective. , thus presenting a healthy and safe alternative to chemicals.

In a local application or as a mouthwash,  apple cider vinegar would be effective in removing dental stains and restoring whiteness to your smile. However, this product is abrasive and like lemon, it should only be used in small amounts and diluted with water. A  study confirms it, it would have a whitening action provided it is used in moderation. 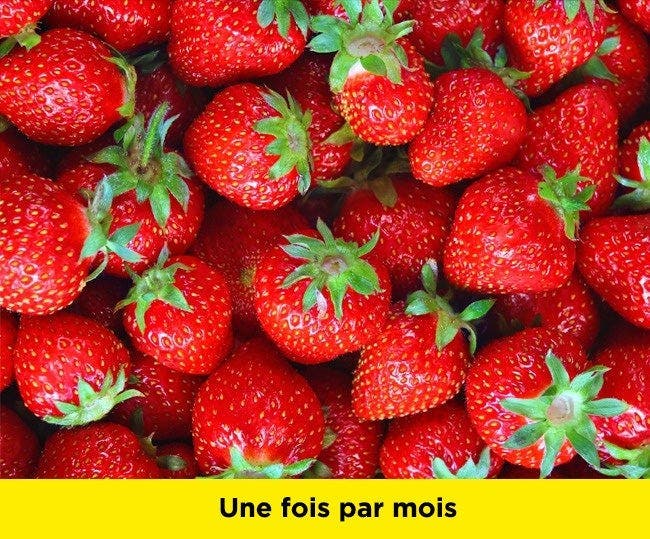 Astonishing tip revealed by  Huda Beauty, blogger and business leader expert in cosmetic products, the strawberry would be a fruit with multiple virtues when it comes to displaying a Hollywood smile. To benefit, mash it into a puree and add a pinch of baking soda. By removing debris from the surface of the enamel, this trick will allow you to display a brighter smile. However, be aware that this effect is temporary because it does not act in depth.

A widely consumed spice in Asia, turmeric is said to be a great way to maintain good dental hygiene while avoiding the unwanted effects of chemicals. Following a  study based on the effectiveness of this remedy, scientists have observed an anti-inflammatory, antibacterial and anti-plaque effect similar to that of a mouthwash bought in a pharmacy. Thus, it would prevent the appearance of tartar to maintain a bright smile.

Warnings:  Be careful, as, with any natural remedy, it is essential to consult a doctor if you suffer from a particular condition to check the interaction of these ingredients with your health. The same goes for pregnant or breastfeeding women.